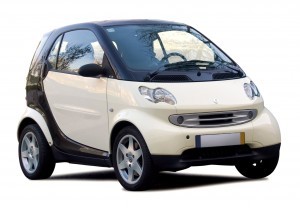 Autonomous vehicles are coming, there’s no getting around that.  But there may be some wrinkles – actually bumps in the road would be a better term – before human driving becomes a thing of the past.

Google’s version of the driverless car has received the most attention, although other companies are also involved in the new technology.  As various states authorize the use of the vehicles, they also provide requirements for testing.  In California, as part of the initial phase, the Department of Motor Vehicles requires that all the companies testing autonomous cars in the state report any crashes involving the vehicles.  As of now, 48 driverless cars have been out and about in California.  And according to the Associated Press, four of those cars have been in accidents since September, three of them involving Google cars.

Does this mean that the driverless vehicles are doomed to failure, or that Google needs to go back to the drawing board?  Tough to say.  Of the four accidents, only two occurred while the vehicle was “driving.”  And both Google and Delphi (the owner of the fourth car that was in an accident) say that in all the cases it was human error, or human lack of attention, that was the actual cause of the crash.  Google also tells us that it has a long history of safety in its self-driving program.  They say that the program has been operating for six years; that the fleet has driven 1.7 million miles; and that they have suffered only 11 minor accidents, meaning that the damage was light, and there were no injuries.

One curious aspect of all this is the apparent refusal of anyone involved in the testing – either Google and the other manufacturers, and even the DMV, to provide this information to the public voluntarily.  While the DMV has sought to justify its withholding of information on alleged statutory grounds, insiders say this is just a pretext.  In any event, we do not believe that hiding relevant information from the public signals a smooth road ahead for these vehicles.